Mobile Menu
Home » About Us 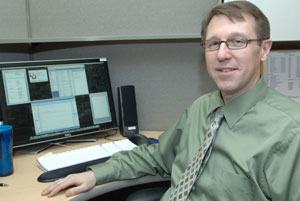 I am the New Media Specialist for the Michigan State Senate’s Senate Majority Communications office under Senate Majority Leader Randy Richardville. Loosely translated, it means I am the Senate’s web geek. Prior to this I was the IT DIrector at the Michigan Republican Party for the 2012 election cycle, New Media Campaign Director for the DeVos for Governor campaign, and New Media/IT Director for the the Michigan Republicans from 2000-2006. Prior to my joining the staff of the GOP I worked as “Director of Computer Information Systems” for Michigan’s former Senate Majority Leader, Dan DeGrow, a Republican from Port Huron, Michigan. My former employers also include Lt. Governor Dick Posthumus and State Senator Joel Gougeon, and I’ve volunteered on numerous campaigns across Michigan.

I am the founder of Inspiration Webworks, a full-featured, low cost web site design and hosting, e-mail hosting, graphic design services for print, outdoor, and online advertising, and custom computer support.   We cater to Republican political campaigns and small businesses in Michigan and around the midwest.

P.S. I got into politics due to a phone call dialed to a wrong number.  Ask me about it when we become partners with your campaign.